We have come to the end of the year 2017. Like any other year, this one also produced many entertaining films with some fantastic technology. Each time we got to see amazing graphics, actions and many other improved elements. Among all the movies that were released in 2017, here are the 15 Best Movies from 2017 which we should recall now. If you haven’t seen them yet, then watch them on the platforms like Netflix, Amazon Prime and etc.

Majority of the people prefer seeing the movies during their leisure time. We have many genres to choose from when it comes to entertainment. Categories like Action, Sc-Fi, Comedy, Romance, Mystery, Horror and musical etc are popular amidst the movie buffs. If you want, there are many other genres available for you. Many apps and paid resources are right at your fingertips if you want to subscribe to any plan. 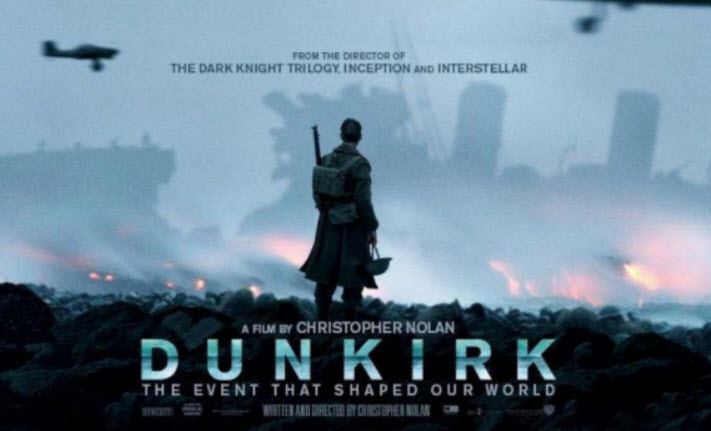 The movie is filled with drama and action. Dunkirk is one of the great war and thriller movies of all times. This was directed by Christopher Nolan who also is the writer of the story.

This was said to be the final part of X-Men series. The prequels to this part were huge hits and Hugh Jackman did a fantastic job in the outstanding action film.

The film is hailed as the best horror movie of 2017. The cast and crew have done a marvellous job to make this an absolute thriller.

This movie completely belongs to the woman Gal Gadot. Outstanding action scenes and the storyline made the movie a huge hit.

War for the Planet of the Apes

After having a good outing at the box office for the prequels, this one has done a good job as well. The ending tells a message and also hints for a sequel. Overall, a fantastic entertainer.

This is also made its outing as a sequel and got the response even better than its predecessor.

The Fate of the Furious

F8 was a massive hit and broke many records at the worldwide box-office. The fans of fast and furious will not miss out this movie.

Right from your childhood, we have watched this on TV and big screen. The latest movie is a must watch for all of us.

This is yet another film in horror field, you will experience the mystery and thrill from Annabelle.

A marvellous sequel that engages in each and every department. Be it cast, direction, music and etc, the movie is a treat to watch.

Marvel movies are very familiar to us, right from the Spiderman to the present Thor: Ragnarok, they create a great product. This particular one is also a feast for the audience.

Guardians of the Galaxy Vol. 2

Fantasy film at its best, you are not going to feel the boredom at any moment of the picture.

The best and top rated movie in this year is Get Out, this eye pleaser is a good thriller.

This recent Marvel film is a tremendous entertainer through which you can get fun, action and experience adventure.

The Split movie is also one of the appreciable thriller and horror films of 2017.

Well, those are the 15 best movies of the 2017 year which includes all the flavors. So, get ready for the fresh start of new year and to encounter even more great films. I’ll come up with another post on the movies to look forward in 2018, till then stay tuned.